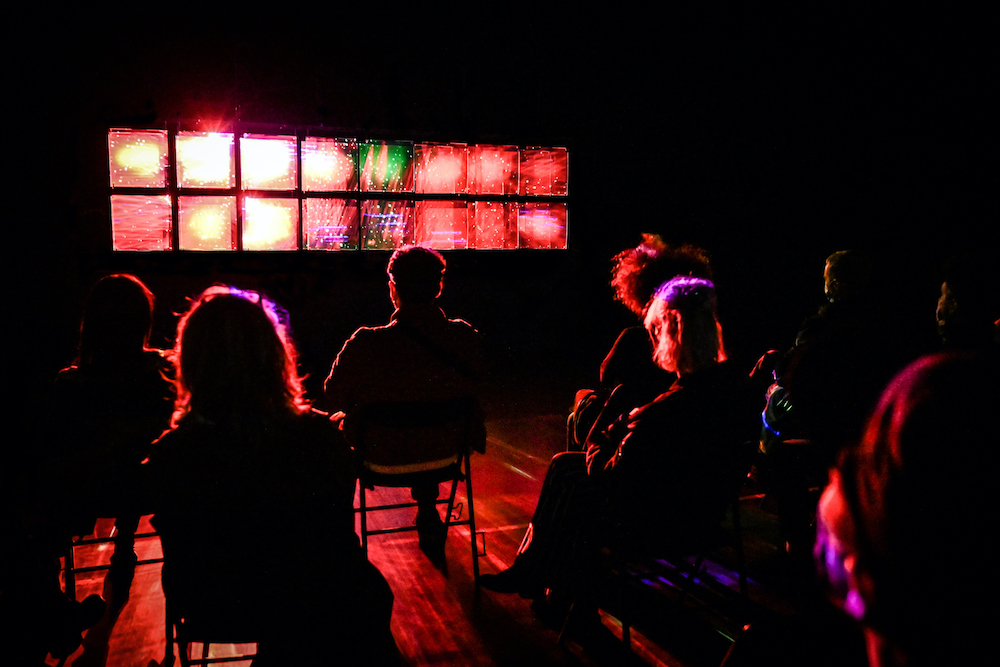 Comprised of 16 separate smart film and mirrored panels, working together and individually, projected imagery ceaselessly creates new depths and dimensions for the viewers to experience. With a focus on the idea of eternity, and the role of the cosmos within the eternal recurrence of night fall and sunset, Recurrence is a journey into the dark beautiful corners of our universe, space and time. Playing with both time and light, the viewer speeds ahead, then lingers in mid air for slow pauses of reflection. The layering of the smart film and the two way mirrors creates an illusionistic intensity of depth within the projected imagery, an effect which is exploited throughout the duration of the work. 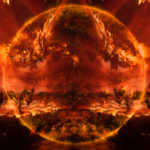