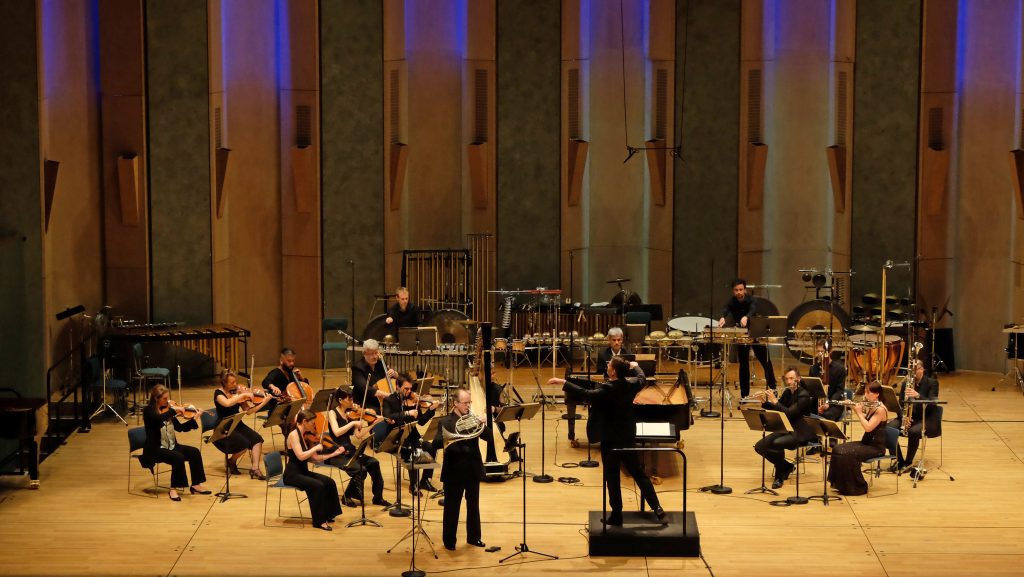 What is human? For its 2017 festival Belief and Beyond Belief, Southbank Centre decided to ask this audacious question. To answer this vast problem, one of the answers considered was human spirituality and its divinity. L’Ensemble intercontemporain conducted by Matthias Pintscher was chosen to present Pierre Boulez, Philippe Schoeller and Jonathan Harvey’s works to the British audience. Each of them may be considered as an exploration of spirituality. Pierre Boulez honours memory in his work, using the possibilities offered by electronics to mix sonorities and textures. A parallel is drawn between Philippe Schoeller and Jonathan Harvey’s works, each of them centred on divinity through Hermes and Bhakti’s figures.